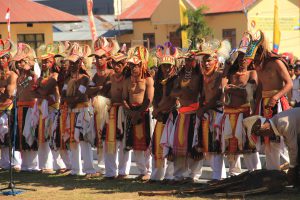 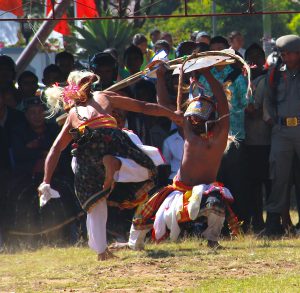 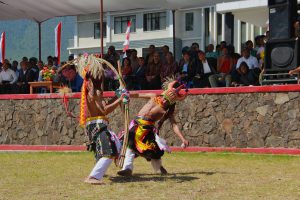 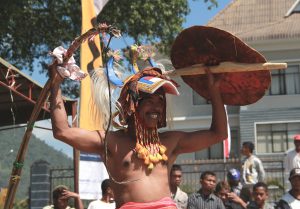 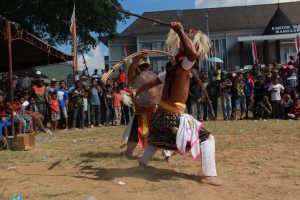 Caci is a boisterous war dance perfomed by men only. It is a play rather than a dance because it consists of two opponent parties. It is very serious yet fair play. Since it is a festive play. It could be perfomed at any occasions , such as before and during PENTI, a yearly thanksgiving ceremony, KABA feast , after the wedding ceremony called Nempung and even at the Independence day of August the 17, or at the party in the honour of important guest, etc.CACI is realy a people’s fiesta and everybody can participate in it.